Unlike batteries, supercapacitors can be charged in seconds and can withstand an almost unlimited charge cycle. Supercapacitors have a higher energy density than conventional capacitors, but have a lower energy density than standard batteries used in electronic products such as IoT devices. Image of two KEMET supercapacitors, FR0H224ZF (left) and FYD0H223ZF (right) It is theoretically possible to replace the battery with a supercapacitor, but replacing the entire battery pack requires a large number of batteries. However, with steady development, supercapacitors are gaining attention in many application markets, such as the automotive industry, opening up new possibilities for emerging industries such as networked energy storage. What is a super capacitor? Supercapacitors (sometimes referred to as SC) are electrochemical devices that are capable of quickly storing and supplying high power power as well as large numbers of cycles (up to millions of cycles) without exhibiting performance degradation. The simplest supercapacitor consists mainly of two electrodes and an electrolyte inserted therein. The charge is placed in the electrode/electrolyte interface and there is no chemical redox process. Since the cumulative physical process is limited, the material must have a high surface area to accumulate a large amount of charge. Supercapacitors are double layer capacitors with very high capacity but with low voltage limits. Compared to capacitors, supercapacitors have a larger area for storing more charge, capacitance reaches the Farad (F) range, and they store more energy than electrolytic capacitors. They have low leakage current and are suitable for many applications that can operate from 1.8V to 2.5V. Supercapacitors have a life span of 10 – 20 years, but after about 8 – 10 years, capacity can be reduced from 100% to 80%. Due to its low equivalent series resistance (ESR), supercapacitors provide high load current and fast charging. Micro-supercapacitors are MEMS-like devices that can withstand repeated bending and are therefore suitable for flexible applications. This is ideal for wearables and IoT applications. Flexible solid micro-supercapacitor glass, silicon and paper substrates are being developed. When a voltage is applied to the supercapacitor, two separate layers of charge are created on the surface with a separation distance that is less than the separation distance of the conventional capacitor. This is why supercapacitors are often referred to as double layer capacitors or EDLCs. Comparison of supercapacitors and standard capacitors. Image courtesy of Fairprice Electronics, from Maxwell What is the difference between a supercapacitor and a battery? Batteries have long been a major form of energy storage. How are they overcome by capacitors, even “super” capacitors? First, the battery gradually loses its charging capacity, and the capacitor provides almost unlimited charging and discharging cycles. Second, the capacitor has a very low internal resistance compared to the battery. They can provide more instantaneous power than batteries. For Internet of Things (IoT) applications with energy supply mechanisms, the ability to incorporate such powerful energy storage devices into the chip is an essential requirement. Supercapacitors and microbatteries are two tools that can meet these needs. Power density and energy density of four energy storage technologies. Image from International Journal of Scientific and Engineering Research, Vol. 4, No. 8, August 583, 2013 In addition to almost all electric vehicles, lithium-ion batteries power almost all modern portable electronic devices. For batteries, the charging and discharging process is slow and can reduce compounds within the battery over time, resulting in lower power density and storage capacity. Supercapacitors use different energy storage mechanisms. In supercapacitors, energy is stored electrostatically on the surface of the material and does not involve chemical reactions. The main disadvantage of supercapacitors is the low energy density compared to batteries. Moreover, the cost of supercapacitor materials, such as graphene, typically exceeds the cost of the materials used to make the battery. Supercapacitor application Supercapacitors can be combined with energy harvesting solutions installed in tight spaces. When they are used as an auxiliary power source for peak output, you can reduce the size of the power supply and improve overall performance. Here are some possible applications for supercapacitors: storing and backing up memory data in the event of a power failure: Supercapacitors can be integrated into consumer electronics, IT equipment and communication systems to protect memory content. The related application is an internal backup power supply. Supercapacitors can be used as battery replacement or short-term backup power. Electric vehicles: Electric vehicles are subject to limitations such as low power density, limited charge/discharge cycles, high temperature dependence and extended charging time. Supercapacitors overcome these limitations despite their lower energy density and higher cost. A combination of storage devices may be the preferred solution. High-power devices such as ultracapacitor banks can meet peak load requirements associated with steep ascent acceleration or effort. In addition, supercapacitors can be used in regenerative braking systems. Renewable energy applications: In solar PV applications, it is necessary to replace batteries every 3 to 7 years because they are prone to wear. The use of supercapacitors eliminates the need for frequent maintenance and replacement. In addition, energy efficiency is a key aspect of producing energy in a renewable manner, and supercapacitors exhibit higher charging efficiencies than batteries. Conclusion Supercapacitors are an emerging energy storage technology that can be an important part of many electronic systems. Lithium-ion batteries are very successful, but they never compete with supercapacitors in terms of power density and number of charge/discharge cycles. 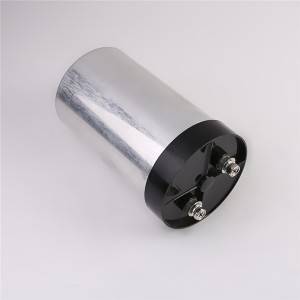